Hungary is located in Central Europe and Ukraine is situated in Eastern Europe. Both regions are very suitable for nearshoring and offshoring IT outsourcing for the companies from Europe, North America, and other regions. Numerous companies hire Hungarian developers due to competitive Hungary software engineer salary and top-level skill index of the tech-savvy developers in the country.

There are numerous factors of those both bright-spots of IT outsourcing that can be compared to make the right decision of choosing the right outsourcing destination. Let’s explore different aspects of Hungary developers, IT market components, and Hungary research and development center provisioning and other IT services in comparison with the Ukrainian factors related to the IT industry.

Hungary Outsourcing IT Market: an Overview

Hungary is one of the important countries in central Europe with a population of about 10 million with a per capita income of about 15K USD. The country has a vibrant pool of over 85K IT professionals that are well-known for their skills and expertise in their respective domains. The capital of the country is Budapest, which is also a major hub for IT outsourcing services and building a dedicated nearshore development team remotely. The other major IT hubs include:

Hungary is home to a wide range of industries. A few of those top industries are mentioned in the following list:

The country houses a large number of IT and software development companies. A few of them are listed below:

The major companies that have their respective research and development centers in Hungary include the following:

Benefits and Limitations of Outsourcing IT Services Hungary 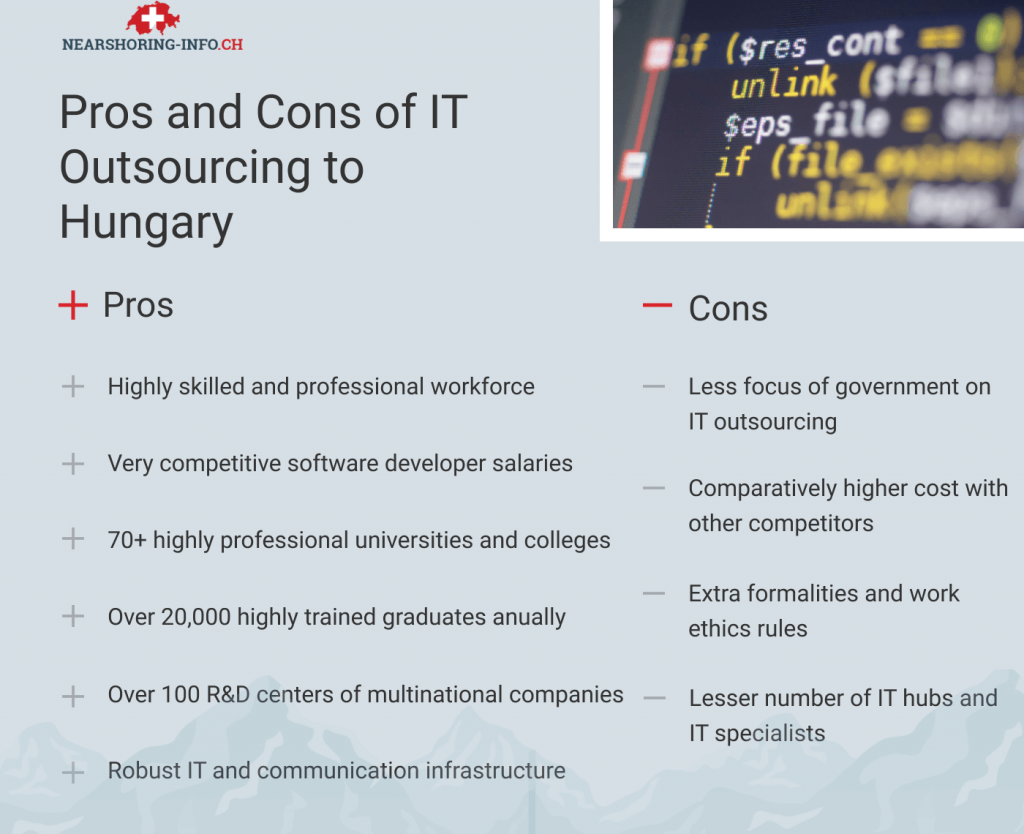 Ukraine as a Competitive Alternate to Nearshoring Hungary

Ukraine is another very popular and one of the fastest growing IT outsourcing hubs for companies located in all major continents of the world. Nearshoring Ukraine has transformed into a very competitive alternative against numerous other nearshoring competitors like Hungary, Poland, and others. Ukraine can offer a great replacement in different IT hubs for a software engineer salary in Budapest, Hungary.

The main advantages of hiring remote developers in Ukraine in comparison with hiring a frontend developer Budapest are mentioned below:

Comparison of IT Market and Software Development in Hungary and Ukraine

Ukraine has a huge number of universities and colleges as compared to Hungary; thus, the number of graduating students in the field of IT and computer in Ukraine is much higher than Hungary. The people of both countries are considered as highly tech-savvy with a higher innovative index. If we look at the following table, we find that Ukraine has certain plus points as compared to Hungary. A few of them are listed below:

Hungary is a country with higher per capita income as compared to Ukraine; thus, the living cost and other expenses are higher in Hungary than in Ukraine. In majority cases, the average salary of Hungarian developers is a little bit higher than in Ukraine.

*Ukrainian salaries are provided based on our research over a few local job markets.

The increasing pool of technical graduates and experience in global IT outsourcing, Ukraine is becoming a very bright spot for a wide range of IT outsourcing models such as nearshoring, offshoring, outstaffing, and others. So, hiring remote developers from Ukraine or building a remote research and development center in any IT hub of Ukraine is the most desirable and beneficial option to choose from.

If you are looking for hiring remote software developers in Eastern Europe, consider Ukraine as a very powerful place to hire remote developers and engineers! 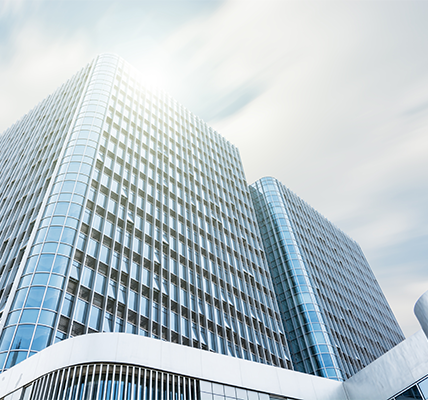 5 Myths About Nearshoring Services in Ukraine