In this episode, Cyril Samovskiy, Mobilunity CEO, shares his opinion about the size of a good nearshoring team. This and many other questions are raised in the full version of this interview, which you can find on our website.

What would be the best size of nearshore development team?

Alfie: And here’s another question I have: what team size is good for nearshoring?

Cyril: That’s part of our internal discussions and belief, but we think that when business comes for one or two developers, it can be bringing value to the client, but usually it’s the best start. To get

real value from nearshoring you would hope in an ideal scenario of course, like there are many of these scenarios where the specific need implies the size of one or two developers, but, generally speaking, the teams of five to ten people are bringing the most of what nearshoring model may be giving you. Cost inclusive, because on the team size like this you would also feel it on the cost amounts as well.

Alfie: Here’s another one: is there a difference in developers from Kyiv versus other cities in Ukraine?

Cyril: I cannot say there is a difference between developers, who grew up in Kyiv or other cities. We can be reflecting over the quality of education or experience these people could have.

Speaking of Kyiv and other cities, I can just  operate the numbers and I am stating that Kyiv as one city has approximately 40% of all developers in Ukraine, which means that every other city would be having fewer developers. And if there are fewer developers, then fewer companies will be coming to this specific city. And if there is a limited number of companies, then the experience these developers can be gaining is slightly lower than they could be getting in Kyiv. Just because in Kyiv there is a bigger competition for this bigger number of developers from a bigger number of companies.

Kyiv as one city has approximately 40% of all developers in Ukraine, which means that every other city would be having fewer developers.

And the second part is that the companies usually, if they do not have some story with some smaller city or town in Ukraine, they usually start with the capital, the biggest city, just because the variety of developers is bigger here.  The competition is in place, so you would need to convince the developers to accept your offer, but we tend to believe that in Kyiv there is a bigger choice, more people are willing to move to Kyiv from other cities, than moving from Kyiv to other cities and towns. So, it all makes little things that make matter during the location selection. There might be some advantages, for example, I can say that in Kyiv the salaries are considered to be higher than in other towns. I’m not saying how much higher they are: a little bit higher here, significantly higher than there, but, as the capital city, it has a cost of living and the people are also expecting better wages. But it is not as drastically jumping from zero to dozens of zeros. 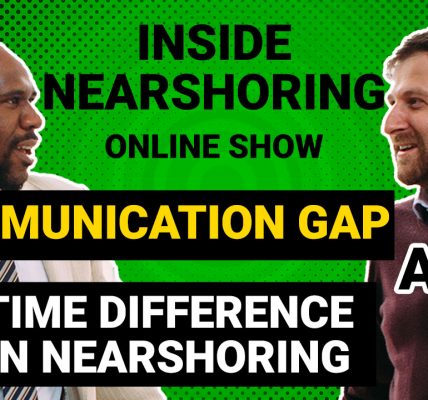